Guest Post by Timothy McKinney: Can Money Buy You Happiness?

Happy Friday Everyone!  We’re taking a change from guilty pleasures to talk about happiness.  Specifically, that age old question, Can Money Buy You Happiness?  Please welcome the author of The Power of Happiness, Timothy McKinney!

Plus:  He’s offering 3 lucky commenters a chance to win an e-copy of his book!  Leave a comment on today’s post to enter, or double your chances by also leaving a comment on my book review of The Power of Happiness here. All comments must be in by Sunday, September 16th 5pm to win!

Can You REALLY Buy Happiness With Money?

“Money, if it does not bring you happiness, will at least help you be miserable in comfort.”

This past month, American cultural icon Helen Gurley Brown passed away after a lifetime of helping people challenge their beliefs. And, her quote about money really captures the age-old question, “Can money buy happiness?”

The answer to this question isn’t as simple as one would think. To illustrate the challenge, let’s look at two people—one with money and one without. To keep as many things constant as possible, let’s imagine that these two people are twin brothers, Bill and Bob. They are, of course, the same age, have the same parents, and grew up in the same environment. They have the same level of health and are both in sales. They’re both married and have two children each. The main difference between the two brothers is that Bill made an investment when he was in college that made him a lot of money. Bob invested the same amount in a different company and didn’t see a return on his investment.

Bill and Bob have a sister, Bonnie. One day, Bonnie comes to her brothers and tells them that her husband has left and taken all of their money. She’s got young children and doesn’t know how she’ll make the rent. She asks her brothers for a small loan. Bob is struggling to pay his own rent and doesn’t have any extra to give his sister. He feels awful, but must tell his sister, “I don’t have the money right now, but why don’t you and the kids come over to dinner this weekend. I can’t give you financial support, but I can give you emotional support.” Bill has plenty of money and is easily able to give his sister the money. “Don’t worry about it, Sis. It’s my gift to you.”

Later that week, Bill and Bob’s mother ends up in the hospital after a fall. She’s broken her hip and needs surgery. Unfortunately, her insurance won’t cover the entire cost of the surgery. Bill says to his mother, “It’s okay, Mom. I can cover the gap. You just worry about getting better.” Bob visits his mom, too. He brings her a huge bouquet of flowers and a copy of her favorite book. He spends the afternoon with his mother in the hospital reading to her.

The next month, during the brothers’ annual “Guys Weekend,” Bill and Bob are sitting on a small boat on a lake doing some fishing. The subject of happiness comes up.  “Bill, are you happy in your life?” asks Bob.

“Yeah, I am. Of course, there are some things I would change…”

“What would you change, Bill? You have all the money you could possibly want. What would make your life better?”

“Well, Bob, I kind of envy you sometimes. Everyone in the family knows that when there is a financial bind, they can come to me. Don’t get me wrong, I love having the ability to solve problems with money. But I envy the personal connection that you seem to have with everyone. It’s almost as if because you don’t have the financial resources I have, you’re forced to give another kind of support. Money is the easiest kind of support there is to give, and sometimes I think it makes me a bit lazy. What about you, Bob? Are you happy?”

“Yes, I’m happy. But, I’d change some things, too. I do wish I had more money. I think I would be happier if I did. It makes me feel awful when I can’t help Bonnie or Mom. I feel like if I just had the money to solve their problems, then I wouldn’t have to feel terrible for other people so much.”

The brothers lapsed into silence for a few moments and contemplated this. Finally, Bill broke the silence.  “I guess it’s like this. Having money makes it easier to do the things that make you happy. It doesn’t MAKE you happy, but it takes away the stresses that can make happiness elusive.”

Bob agreed. “Yeah. I don’t think that one of us is more or less happy than the other, Bill. We each use the resources we have to do the things we can to make others happy. It’s about serving others and giving, whether it’s money or another form of support.”

“Happiness is like a butterfly: the more you chase it, the more it will elude you, but if you turn your attention to other things, it will come and sit softly on your shoulder.” 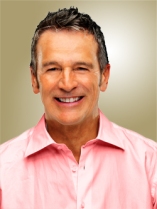 Timothy McKinney lives in Redondo Beach, California with his wife Cindy and their two children, Heather and Robbie. He went to the University of Southern California, where he received degrees in Business and Psychology. Since 1997, Tim has been a corporate trainer who conducts workshops on subjects related to happiness and workplace effectiveness. He is a passionate vegetarian who enjoys SCUBA Diving in the Kelp Forests of Catalina Island.