This is the story of how one boy met this one girl. 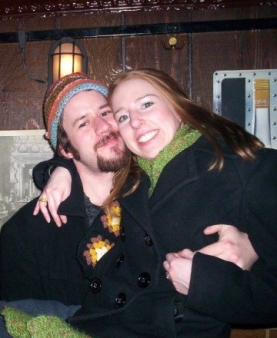 Nine years ago, I sat next to this boy in one of the worst college classes ever. We struck up a conversation and got to know each other. I knew he played guitar in a band, a pink paisley guitar to be precise. He knew I was a theater minor at the time, and probably crazy.

It was not meant to be. Both of us were dating other people. He was a graduating senior, I was a Freshman. We talked in class, when he showed up that is, and that is all.

I’m downtown having a beer at the Bodega – that’s a lie, I didn’t drink beer yet, it was probably an amaretto sour – when I see that boy across the room. We started talking again. I thought he was really cute.

Little did I know he had forgotten my name. *sigh*

He remembered my face and we kept talking. A friend of his came over and introduced himself.

Now he knew my name again.

His friend told me I should come hear this band playing on the weekend at the Alpine Inn. I said that sounded fun, but I didn’t have a car, so had no way of getting up there.

“Joe can give you a ride,” he suggested.

And thus our first date was set.

We talked about everything you’re not supposed to talk about on a first date. Religion, politics, and ghost encounters. I learned he still played in the same band and was also substitute teaching. He learned I dropped my theater minor in place of Women’s Studies, and that I wanted to be a writer.

It happened while we were dancing…

Joe claims he knew I fell for him when we danced that night. I say I just really like Stevie Wonder tunes. Whenever it happened, we became a couple.

Once I graduated, got a job, and moved into the abyss known as adulthood, we started traveling in style!

And no, I’m not talking about my ’88 Mercury Sable.

Every year we would travel together. We started small – a day trip to Minneapolis to the Science Museum. The next year, Portland, OR and Seattle, WA. Then Boston, MA!

I think I started rubbing off on Joe, because the next year, I actually got him to leave the country with me. We made it as far as…Canada!

Aboard the Maid of the Mist, Niagara Falls boat tour

Then Joe rubbed off on me, and I agreed to a road trip. We drove out west touring the Badlands, Deadwood, the Tetons, Yellowstone, and Salt Lake City. 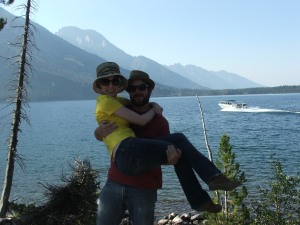 Hiking outside the Tetons

Wherever we go, it’s usually an adventure.

But not always the safest one… 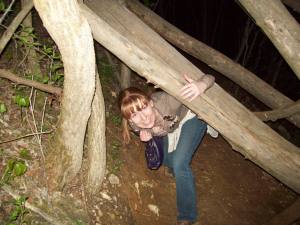 It’s been a wonderful journey so far. I couldn’t imagine a better partner. Which is why I’m excited to announce a new journey we’re embarking on.

From our house to yours, we want to thank you for being a part of our lives!