Authors Anonymous: My Most Stupidest Act as a Writer

I think the first story I ever wrote was called ‘Fluffy the Cat,’ and it was about a cat named Fluffy. I know what you’re thinking, and you’re right, I did show talent early on. You can call me gifted, I don’t mind.

When we start out as little baby writers, we emulate the authors we know and love. I went through phases where I wrote like Dr. Seuss and Cicely Mary Barker (the author/illustrator of all those Flower Fairy poems), Sylvia Plath and Peggy Hong. When I found Adrienne Rich’s The Fact of a Doorframe, it became my Bible. My copy is full of post-it tabs and the binding is broken. I wrote like 20 papers on her in college.

Somewhere along our writer journey, we’re supposed to take the lessons we’ve learned from other authors and infuse them with our own process. I may have taken that first bit too literally. 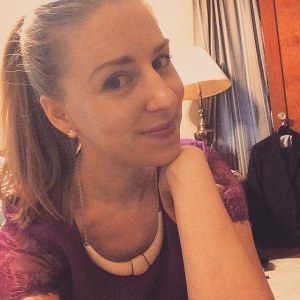 I know all of us make stupid decisions while in high school, but I made really stupid decisions in high school. For example, I thought a stellar look for my first homecoming dance would be to have my friend’s mom make me a renaissance outfit using gray and lavender plaid flannel fabric for the skirt. Who thinks of flannel for a formal dance? This girl. But this isn’t a post about fashion, it’s about writing. And I’m going to confess my most stupidest act as a writer. Are you ready for this?

My Most Stupidest Act as a Writer

I cheated on my boyfriend. I see some of you are confused. I can explain. I truly believed, in the deep down pit of my soul, that I did what I did because I thought it would make me a better writer. Pretty stupid, huh?

I was reading all these books about forbidden romances and free love and I was talking about them with someone I thought was a friend. I trusted her when she gave me advice. I know now, I was pretty much just a form of entertainment for her. She could live vicariously through me because I was the one making bad choices, hurting others’ feelings without any regard. How I wish I hadn’t been so naive.

Of course I’m sad that someone I thought was my friend didn’t talk a lick of sense into me, but ultimately this was my mistake. I believed the only way I could write like all these other authors I loved was to “experience everything.” Did the pain I caused my boyfriend make me a better writer? No. Of course not. Did it make me a better person? I hope so. I sure as hell would never put anyone through that kind of pain again, and as karma would have it, I felt what it was like personally a few years later. I don’t condemn all cheaters. People do what they do for all sorts of reasons. But thinking it would make them a better writer? Yah, if I hadn’t fooled myself into thinking that, I wouldn’t understand it.

So there you have it. My confession. My dirty little secret. I’m not proud of it. But I often wonder if the life lesson overall wasn’t worth it. I learned what it means to hurt someone, I learned what it means to be hurt by a friend. I don’t think it helped me with craft or editing, but it helped remind me I’m human. I will make mistakes – foolish ones I won’t believe I did. But I will try better next time.

What’s the stupidest thing you’ve ever done in the name of writing? I bet it’s not as stupid as mine.